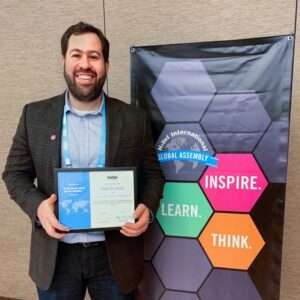 Weiss was honored for his work in growing Cornell Hillel. In just over three years, he has more than doubled the number of students that Hillel reaches, hired new staff, increased the organization’s budget and launched multiple initiatives that have transformed Jewish life at Cornell.