You are here: Home » Our Students and Alumni » Class of 2012 » Mordechai Harris

Mordechai grew up in Schenectady, NY, and attended the University of Rochester and Yeshivat Bat Ayin. His career in NCSY spanned a decade, culminating in his position as the Associate Regional Director for Upstate NY NCSY. During the summers, he worked as the director of Keshet’s special needs integration summer program at Camp Moshava in Wisconsin. While learning at YCT, Mordechai served as the Youth Rabbi at Hebrew Institute of White Plains and as a wrestling coach for MTA – Yeshiva University’s High School. Along with his wife Nisa, they served as the JLIC Fellows at SUNY Albany, a partnership between the Orthodox Union and Hillel International.  Upon ordination, Mordechai served for 4 years as the Assistant Rabbi of the Baron Hirsch Congregation and then became the the Director of the Center for Jewish Living and Learning at the Memphis JCC. Mordechai is married to Nisa and they are blessed with three daughters, Pliyah, and twins Aura and Emunah. 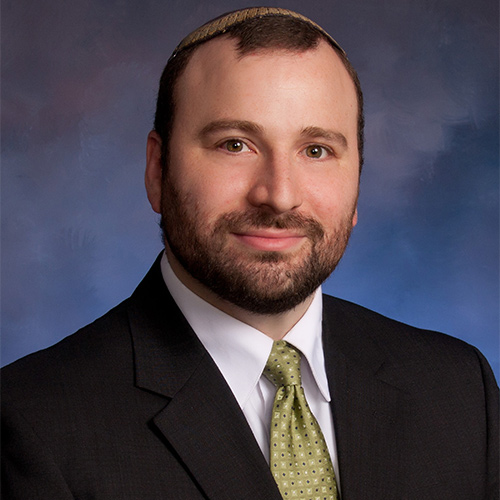